WHAT IS DEEP SEA MINING AND WHERE IS IT HAPPENING?

There is a growing interest in the vast quantities of metal-rich mineral deposits found in areas of the sea below 200 meters. This is largely due to depleting terrestrial deposits for metals such as copper, nickel, aluminium, manganese, zinc, lithium and cobalt, coupled with rising demand for these metals to produce high-tech applications such as smartphones and green technologies such as wind turbines, solar panels and electric storage batteries.

Currently there is no operating deep sea mine in the world, however there is an intense and growing interest in minerals exploration both in national and international waters with over 1.5 kilometres of the Pacific Ocean under exploration leasehold.

Abyssal plains 3,500–6,500 metres below the sea surface contain metallic nodules that form over millions of years as minerals precipitate around fish teeth, bones or other small organic objects. These deposits contain nickel, manganese, copper, zinc, cobalt, and other minerals.

These regions are some of the quietest ecosystems on the planet. They are home to polychaete worms, crustaceans, sponges, sea cucumbers, starfish, brittlestars, sea urchins and various deep sea fish, as well as countless microbial species and tiny sediment-dwelling creatures. 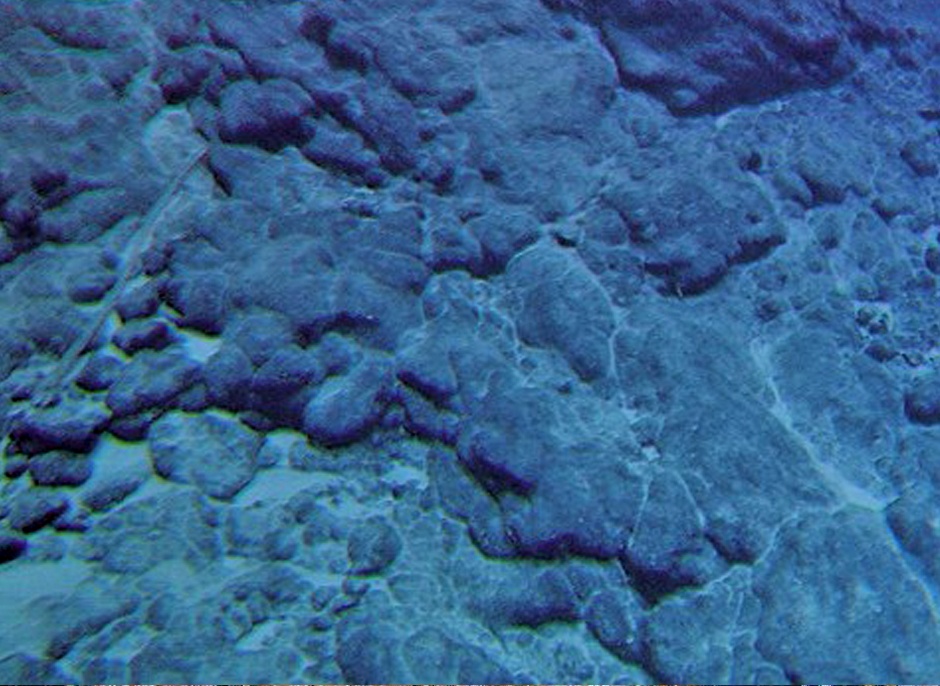 Another type of mineral deposit is the metal-rich crust that covers seamounts, which rise thousands of metres above the abyssal plains. These coatings are packed with high-value metals, such as cobalt, platinum, and molybdenum.

Crusts generally grow at the rate of one molecular layer every one to three months, or 1-6 millimetres per million years, one of the slowest natural processes on earth. Consequently, it can take up to 60 million years to form a thick crust. The seamount environment is dominated by corals, sponges, and other filter feeders, as well as tuna, sharks, dolphins, and sea turtles.

The third form of mineral deposit is found in massive sulfides. These are situated at depths of depths from 1,500 metres to 3,000 metres. Rich in copper, lead, zinc, gold, and silver these ores form around vents of superheated water that occur along the volcanic ridges known as ‘the ring of fire’ that runs through ocean basins.

The hydrothermal vents support a great deal of biodiverse life including the blind yeti crab, known for its blond, furry hairdo, and the scaly-foot snail, which protects its soft interior with an iron shell. The scaly-foot snail is the first deep sea animal to be declared endangered due to mining activities.

Hydrothermal vents support a great deal of biodiverse life including the blind yeti crab, known for its blond, furry hairdo, and the scaly-foot snail, which protects its soft interior with an iron shell and is the first deep sea animal to be declared endangered due to mining activities.

WHERE DO THEY WANT TO MINE?

In the mid-twentieth century, it was imagined that humans would soon colonise the oceans. In a famous 1967 UN address that kicked off treaty negotiation and design, Ambassador Pardo of Malta projected that “dolphins as sheep-dogs” would be herding fish as early as the 1980s.

Undersea minerals were wrongly believed to be quickly renewing deposits that would assure billions of dollars in profits once technology advanced enough to harmlessly remove them from the ocean floor. And in international waters, these profits were couched in legal requirements for the redistribution of wealth. The intention was to use these resources to enrich small landlocked and newly independent nations rather than allow these sources of wealth to be monopolised by the powerful few.

Most of the world’s oceans are located outside national jurisdictions. In these areas, deep sea mining is subject to the jurisdiction of the International Seabed Authority (ISA).

The ISA, a small, independent mining agency headquartered in Kingston, Jamaica exercises administrative control over 50% of the planet’s ocean floor. Its membership comprises 167 countries, as well as the EU. The ISA has granted 31 exploration permits to a limited group of countries that sponsor private companies covering areas of the Pacific, Atlantic, and Indian Oceans, totalling 1.3 million square kilometres. These members are signatory to the UN Convention on the Law of the Sea (UNCLOS), an international treaty that legally redefined the zoning, function, and significance of the world’s oceans in the 1980s.

CALLS FOR BAN AND MORATORIA AGAINST SEABED MINING

The world’s first deep sea mine to be given an operating licence is in the EEZ of Papua New Guinea (PNG). The Solwara 1 project, was formerly being developed by Canadian company Nautilus Minerals to was planned to mine mineral-rich hydrothermal vents, deposits of copper, gold, zinc and silver from the Bismarck Sea of PNG. However, due to fierce opposition from local coastal communities [link to solidarity page], environmental concerns [link to science advocacy page] and financing woes [link to finance page] the company liquidated in 2019 leaving the PNG government $157m out of pocket.

The total failure of this deep sea mining project of PNG’s spurred calls for ban and moratoria against seabed mining [links to news/analysis of these bans]. These can be declared on a nationwide basis or piecemeal by region. New Zealand, Mexico, Namibia, Washington State in the US, and the Northern Territory of Australia have rejected deep sea mining in accordance with the precautionary principle [link to explanation and in-house definition of precautionary principle].

Indigenous Peoples and organisations across the Pacific have called for the legal norm of Free, Prior, and Informed Consent (FPIC) [link to what is FPIC] to be applied to deep sea mining proposals in all jurisdictions. A growing number of Pacific leaders are calling for a ban on deep sea mining. [link to Blue Line statement]

DEEP SEA MINING SHOULD BE PROHIBITED!

Deep sea mining is an old-fashioned fix to a problem that requires cutting-edge solutions. Brought back to life by corporate interests and rebranded for the clean energy transition, deep sea mining is a relic of a future long obsolete.

Today, the technological, economic, and political foundations of deep sea mining regulations are hopelessly outdated. The minerals have been definitively proven to be non-renewable and risky to mine. Profits are not expected to be significant enough to play any impactful role in resolving global income disparities. Revenues from deep sea mining are predicted to be surpassed by the enormous financial and environmental costs of the industry’s damage.

Today we know that the most important benefit the ocean floor offers is its ecological health, not the not the questionable profits of its risky exploitation. There are alternatives to mining our deep seas.

research and advocacy to protect our oceans

You have Successfully Subscribed!